CrossFading: The Practice Of Mixing Alcohol With Cannabis 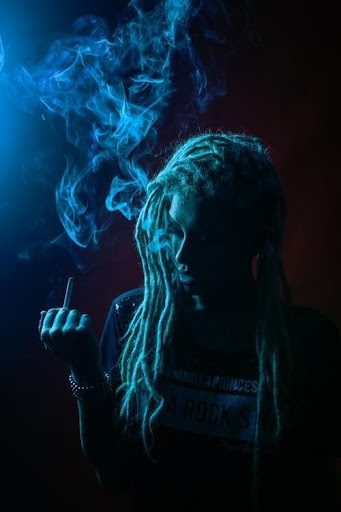 Crossfading is the practice of mixing alcohol with cannabis. For centuries, people have combined the two substances. Anesthetics were used for surgery using this combination in ancient India.

There is no medical need for crossfading. Combining the two substances is usually done for recreational purposes, most often to enhance inebriation or highs. In the blending of cannabis and alcohol, euphoria and sedation are not always experienced. A crossfading session usually results in negative user experiences, including malaise, antisocial behavior, and impaired motor skills. Users may also experience “greening out,” a sudden onset of sweating, nausea, and dizziness. A little bit confused?  Get help at Homegrown Cannabis Co.

The biological effects of ingestion of hemp and alcohol simultaneously or within a short period of time have been studied extensively over the past few decades.

Observations of the following effects have been made:

Although it is a widespread misconception, THC does not cause blood-alcohol concentration (BAC) levels to rise faster. The opposite is actually true, according to research. The 1992 Neuropsychopharmacology study, which examined BAC levels after large amounts of THC were given to 15 volunteers who had consumed alcohol shortly before, concluded that THC activates the CB2 receptors in the small intestines and limits alcohol absorption.

As a result of marijuana’s effects on your small intestine, it causes the motility [the way food moves through the GI tract] to be altered in such a way that it actually lowers your blood alcohol levels.

Despite the need for additional research, this seems to indicate that THC consumption might moderate, and even speed, the effects of alcohol over extended periods of time. It is also possible to interpret the findings of the study in a less optimistic way.

In every organ that alcohol passes through, subtle deterioration of cells and structural damage are caused. Food particles can escape and enter the bloodstream when the linings of the stomach deteriorate over time, especially when alcohol consumption is persistent. Therefore, any alcohol left unabsorbed in the stomach and digestive tract is likely to exacerbate this erosion, having long-term adverse effects on health.

Consumption Of Thc After Alcohol Increases The Crossfading Effects

When combined with THC, alcohol does seem to mitigate the effects and absorption rate of THC. Still, the reverse cannot be said when comparing how THC interacts with alcohol. Visit https://homegrowncannabisco.com/cannabis-seeds-rooms/high-thc-seeds to learn more about THC.

Harvard’s Dr. Lukas spearheaded a 2001 study that investigated whether alcohol affects the way the body absorbs THC. Several noteworthy conclusions surfaced from the survey. In addition to increasing plasma THC levels, alcohol also accelerates the effects of cannabinoids. This means that if you consume cannabis after drinking alcohol, its effects are felt more rapidly and more powerfully than when you consume cannabis alone.

The study also shows that cannabis consumption after alcohol consumption is cost-efficient. Drinking allows you to consume less and still get the same or even stronger impacts from THC because drunken THC hits you more complex and quicker. A vape pen will enable you to control the dosage size of cannabis. Which is the most convenient way to consume small amounts of it?

The recommendation to not mix cannabis with alcohol is neither our place nor our intention. There is no precise mixture of both marijuana and alcohol that guarantees good times for everyone. Cannabis affects everyone differently for a variety of different reasons. Finding the right balance depends more on finding what works for you – and you alone!

In addition to its risks, crossfading can also be harmful. When the two substances are combined, there is an extremely fine line between feeling euphoric and getting the spins.

As stated above, the combination of cannabis and alcohol can cause

Moreover, even the most experienced users do not understand how the two will interact. Letting alone those who do not consume cannabis is often less known to this fact. Furthermore, cannabis has antiemetic properties (anti-nauseant), so it may actually prevent your body from attempting to expel the alcohol. It might leave you with nausea pangs without relief for hours, a situation you’d instead not find yourself in.