A quick intro to the VaporFi Atom…

Those of you in the know about dry herb vaporizers know that the Pax 3 from Pax Labs is considered one of the best in the business right now. But today we are all about a similar vape with a cheaper price.

Will it stack up? I guess you’ll have to keep reading to find out.

Remember that people love and adore the Pax 3 for obvious reasons. But spending more than $200 for a vaporizer? I think not!

If that’s how you feel – and there are many of you out there – than the VaporFi Atom might be exactly what you’ve been looking for. It’s definitely cheaper yet it performs very similar to the Pax 2 and 3.

It shouldn’t surprise anyone to know that the VaporFi Atom was completely inspired by the Pax. But it’s more than just a simple rebranding of the device by a different company. They’ve taken what everyone loves about the Pax and combined it with other unique features that you’ll certainly appreciate. 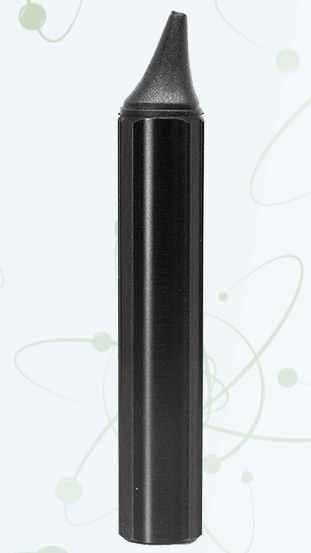 —->  Buy Online at VaporFi and Save

The specifications of this device are also very appealing. The specs include the following:

This device is aesthetically pleasing and similar in design to the Pax 3. The only major difference is the mouthpiece. It’s curvier than the Pax and it protrudes out further. From a strictly aesthetic standpoint, it isn’t necessarily the coolest looking device and it’s not as cool looking as the Pax, but it does feel great on your lips which you will certainly appreciate.

The VaporFi Atom is convenient, portable, and just the right size which makes it easy to carry. It can easily fit in your pocket or the palm of your hand. It also has really good battery life too, which means you’ll be able to have lots of sessions before it needs to be charged again.

The micro-USB charging port is also a great feature to say the least. Since it doesn’t need to be docked or plugged in via cable, you can actually continue to vape even while it’s being charged.

This part of the review is about to get tricky. When set correctly, the vapor is fine with this device and it tastes fantastic too. But on the low or medium settings, the vapor itself is minimally visible. You’ll love this vaporizer if you’re all about flavor. If clouds are your thing, you won’t like it as much.

So, if the lack of clouds is a problem, consider the Matrix or the Pax 3 as a much better alternative. The Atom isn’t as sturdy as the Pax 3 either, so longevity might be an issue. Right now it’s too early to tell.

All in all, the VaporFi Atom is stealthy and a great weed vape. So, if that’s what you’re looking for, this is an awesome choice since its 60 bucks less than the Pax 2, not Pax 3, which is an absolute bargain in my book.

As mentioned above, the price of this device is quite inexpensive. It’s nearly $60 cheaper than the Pax 2, which is a good value. The cloud production isn’t that great, but the performance is up to par with the Pax and other devices.

If you are looking to save money, this is definitely the way to go. They have a 100% money back guarantee and the company is trusted, so if you aren’t satisfied for one reason or another, send it back with no questions asked.

The vapor quality coming from this device is not bad at all. Is it as good as the Pax 2 or 3? Not really. But it’s a well-built vaporizer that is more than worth the money they charge for it. So give it a try. And remember, if you aren’t satisfied with your purchase; return it for a full refund.

There’s a lot to like about this vaporizer. Some of my favorite things include the money back guarantee, the strong battery life, the fact that it fits in your pocket, it creates great flavor, it’s a bargain, and the micro-USB charging is awesome.

What I Dislike About the VaporFi Atom

There’s a few things too dislike too. First off, during each session you’ll need to stir your dry herbs for the best results. Second, the mouthpiece kind of has an awkward look about it. And third, the amount of vapor produced is negligible at best.

For those looking for a cheaper vaporizer that’s similar to the Pax 2 or 3, you’ll love the VaporFi Atom. And best of all, it costs less than $200 which is really nice and inexpensive.

It’s not a perfect replica to the Pax models, but it’s similar although it feels lighter and less sturdy. So, if you need a portable vape and plan to spend less than $150, the Atom from VaporFi is a wonderful choice. It’s perfect for every budget.  Get one right here at one of our favorite vendors.