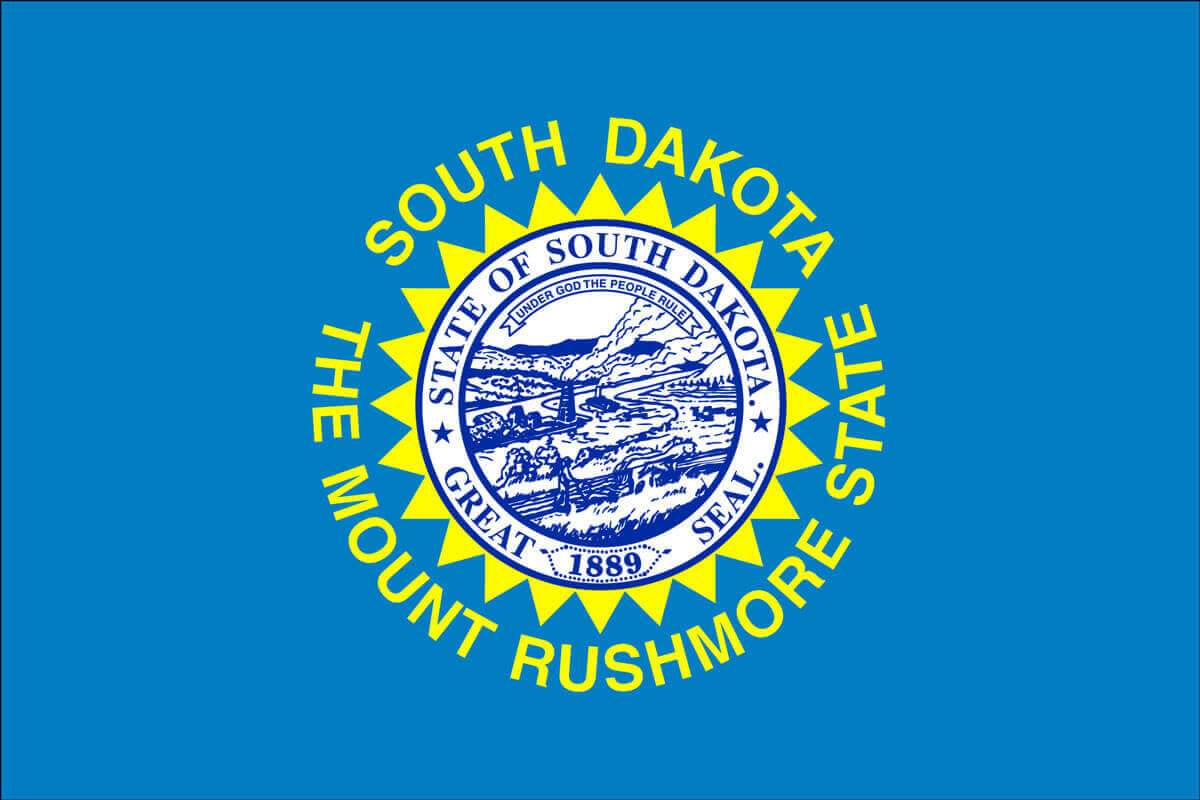 History of weed in South Dakota goes back to 1933 when the state outlawed all forms of marijuana. Although this Midwestern U.S. state decriminalized the possession of up to a pound of cannabis in 1977 – the law was almost instantly repealed.

The following passages will elaborate on the marijuana and CBD laws of South Dakota.

Trust me when I say that The Mount Rushmore State has some of the most draconian anti-cannabis laws in the USA. Possessing up to 2 oz. of pot can imprison you for a year with a $2,000 fine. Also, if intent to distribution is established, an insignificant amount is sufficient for 12-months incarceration. The laws are so stifling that even possessing a cannabis pipe is a misdemeanor penalized by 30 days behind the bar.

Moreover, South Dakota is the only U.S. state with an internal-cannabis-possession law. The law calls for a penalty even if the subject consumed the drugs in another state where consumption is legal by law.

What are your medical weed expectations from a U.S. state with internal possession laws? Of course, grim. The legislative sessions have consistently rejected medicinal marijuana bills on the ballot. Despite the success of North Dakota’s Industrial Hemp Research Pilot Program, activists on this side of Dakota aren’t expecting sweeping changes any time soon.

Still, New Approach South Dakota – a donor-funded, volunteer organization – served close to 15,000 favorable signatures in 2017 to push to legalize medical weed, but the campaign didn’t qualify for the 2018 ballot.

The 2017 South Dakota SB 95 removed CBD from the definition of marijuana to reclassify it as a Schedule IV substance. Still, the bill was launched with the proviso of FDA approval for any CBD oil recommended, thereby delaying relief to the suffering patients.

Even after the approval of the Agricultural Improvement Act of 2018 – which gives the states federal permission to introduce a hemp program, if required – hemp farming is still outlawed in this Midwestern U.S. state.

Don’t consume cannabis in South Dakota, and don’t visit the Mount Rushmore State, if you have marijuana in your body. That’s how draconian the laws are in this Midwestern state. The regulations are so stifling that even possessing a cannabis pipe is a misdemeanor penalized by 30 days behind the bar.

Moreover, the legislative sessions have consistently rejected medical marijuana bills on the ballot. Nonetheless, the 2017 South Dakota Senate Bill 95 removed cannabidiol from the definition of marijuana to reclassify it as a Schedule IV substance. Yet, Gov. Noem vetoed an industrial hemp production bill in March 2019, calling it “premature.” The 33rd Governor of South Dakota believes that legitimizing industrial hemp would encourage legalizing marijuana.