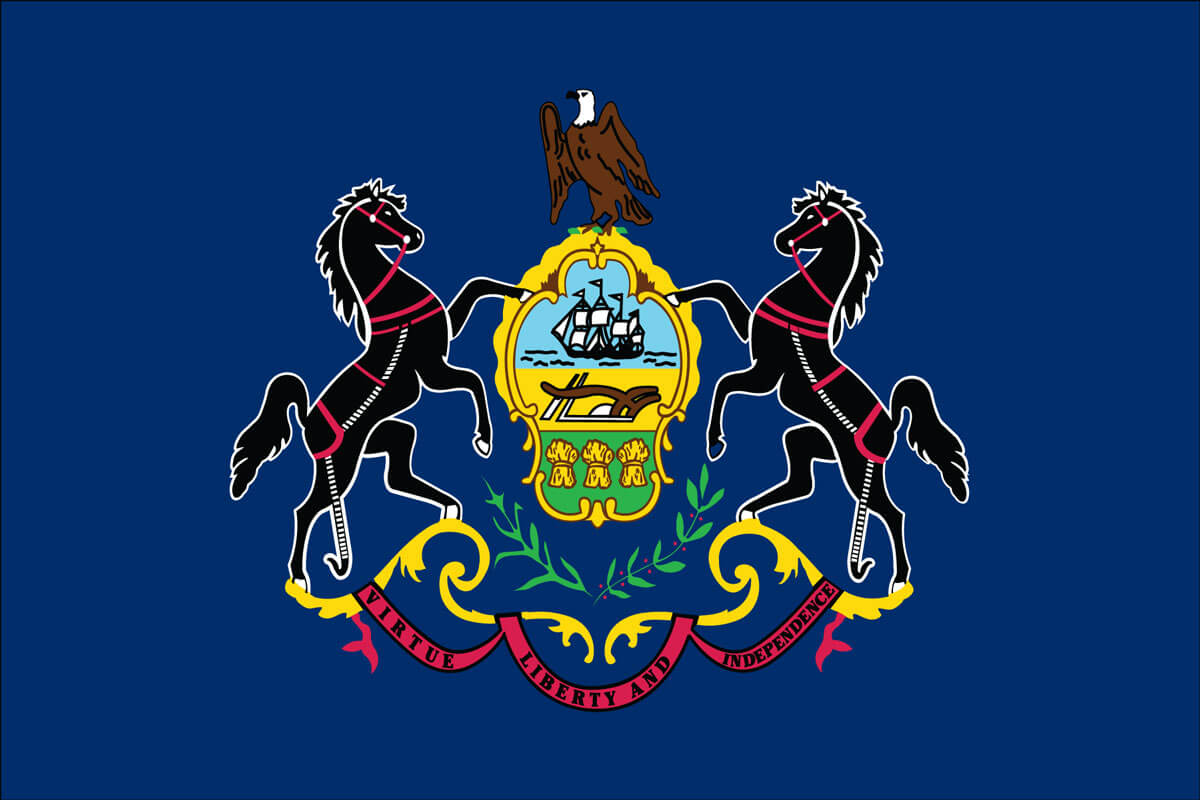 History of marijuana in Pennsylvania goes centuries back to 1619 when William Penn first founded this northeastern state and instructed farmers to grow hemp. The crop flourished in the Oil State for centuries until the early 20th century nationwide drive to ban cannabis led to its banning in 1933.

The following passages will elaborate on the marijuana and CBD laws of Pennsylvania.

Marijuana is a Schedule I drug in the Pennsylvania, and possession of up to 30 grams can imprison you for 30 days with a $500 fine. However, first-time possession-offenders are entitled to a conditional release. But, carrying more than an ounce can put you away for 12-months with a $5000 fine. Moreover, if intent to distribution is established, a bit over an ounce is sufficient to jail you for up to 5 years with a $15,000 fine.

Notwithstanding the above, two Pennsylvania Senators have filed proposals in March to legalize the crop recreationally. Also, Lt. Gov. John Fetterman is on a listening tour on marijuana legalization across 67 counties of the state. In this regard, a report released by the Auditor General Eugene DePasquale in 2018 projected the Coal State could earn $581 million per annum if it legitimizes cannabis by taxing it.

In 2016, Gov. Pennsylvania signature Act 16 to legalize medical marijuana, and in February 2019, the dispensaries completed a year of operations. During that time, over 116,000 Pennsylvanians registered themselves, while about 83,000 were issued identification cards to obtain cannabis products. The state earned $116 million in medical revenue and is estimated to earn $363 million in 2022. The program is governed by the Department of Health of the Commonwealth.

It’s relevant to mention that flower-form or pre-made edibles are not allowed to be consumed.

Gov. Tom Wolf of Pennsylvania signed HB 967 in 2016 to all allow licensed individuals to cultivate and trade industrial hemp. The law also created a Hemp Research Board to formulate regulations, conduct inspections, and govern the program. Close to 600 acreages of hemp were cultivated here last year.

Nonetheless, after the approval of the U.S. Farm Bill 2018, the Quaker State has already submitted an enhanced state plan to USDA. Pennsylvania has also lifted its acreage cap of 100 acres for 84 applicants approved under the previous Farm Bill program.

Possessing up to 30 grams of weed in the State of Independence can jail you for 30 days, and carrying more will put you away for 12-months with a $5000 fine. Two Pennsylvania Senators have filed proposals in March to legalize the crop recreationally. A 2018 report by the Auditor General Eugene DePasquale projected the Keystone State can fetch $581 million per annum if it ends legitimizes marijuana by taxing it.

Additionally, Act 16 of 2016 legalized medical marijuana in Pennsylvania, and today there are over 116,000 registered state residents. Lastly, the 2016 HB 967 allow licensed individuals to cultivate and trade industrial hemp.