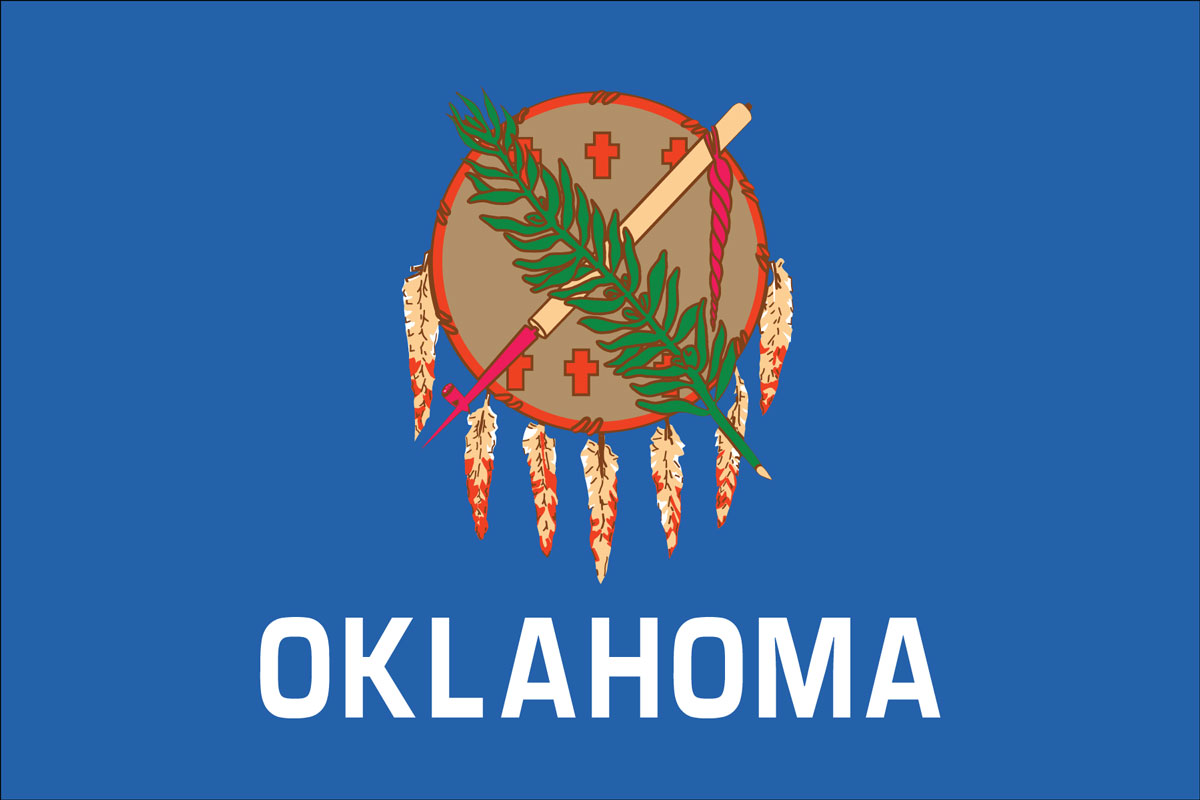 Oklahoma is renowned for maintaining some of the harshest cannabis laws in the U.S. In 1983, the Sooner State launched a program to wipe out the crop altogether, and confiscated hundreds of thousands of marijuana plants.

The following passages will elaborate on the marijuana and CBD laws of Oklahoma.

Marijuana is a Schedule I drug in the Sooner State, and until recently possessing any amount was a Misdemeanor penalized by 12-months imprisonment. However, this rather harsh penalty is on its way to lessen itself through a decriminalization bill HB 2614, which would reduce the jail time to a simple $400 fine. Still, an established intent to distribute the crop can put you away for life in extreme situations.

The Oklahoma definition of cannabis exempts the mature stalks of the plant and any organic products made from such plant, including CBD extracted from the seeds.

In mid-2018, State Question 788 was approved by the Oklahomans, which legalized the cultivation, trade, and consumption of medical weed across this South Central state. However, the approval didn’t approve of the smokable form. Still, a healthy volume of 12% THC was permitted.

As of May, more than 900 dispensary licenses are already endorsed by the OMMA – Oklahoma Medical Marijuana Authority-, and over 54,000 registered patients are accessing the medical products legally.

The Oklahoma Industrial Hemp Agricultural Pilot Program Act (House Bill 2913) was enacted in 2018 to allow local farmers to work with the academic institutions to cultivate industrial hemp for research purposes. The year also witnessed the cultivation of 445 acres of industrial hemp.

In April 2019, Gov. Kevin Stitt signed legislation to enable the production of commercial hemp across the state in accordance with the 2018 Farm Bill. The measures are slated to be in place for the 2020 growing season.

New Frontier Data, a cannabis research firm, has projected that legitimizing at the federal level will skyrocket the American hemp market to $2.5 billion in next three years.

Marijuana is a Schedule I drug in Oklahoma, and possessing any amount was slap you with a $400 fine. However, an established intent to distribute weed will put you away for life in extreme situations. In 2018, the State Question 788 was approved by the Oklahomans, which statewide legalized medical weed.

Earlier in 2019, the state passed the House Bill 2612 to extend a comprehensive medical cannabis regulatory framework. As of now, there are over 54,000 patients in the Sooner State. Lastly, an April 2019 Oklahoma legislation enabled the production of commercial hemp across the state in accordance with the 2018 Farm Bill.