Renowned former Giants running back Tiki Barber has now become an investor in the booming industry of legal marijuana and claims that a lot of his customers are NFL players. Barber revealed on FOX business that most NFL players have no trouble stopping the use of marijuana just to clear their annual drug test.

We always used to call it like the ‘dummy test’ because you know when the test is going to happen so just be clean and as long as you’re not in the program you can probably get away with it even if they technically know that it’s happening,” Barber said.

NFL players are mostly tested for use of recreational drugs once every year, starting on the 20th of April. Once the reports are negative, the players are free to restart the use of marijuana and can freely smoke it until it is time for the next test, which is a year away.

Related:  The 420 Times Guide to Beating a Drug Test for Marijuana.

Barber who has now become a partner in an investment firm that is giving active funds to a startup cannabis business said that NFL should stop suspending their players for using marijuana even when their tests appear positive. This is because many of the players are using it for pain management which is a common part of injuries occurred due to football.

“We’ve seen the punitive nature with which the NFL attacks users of cannabis and I believe a lot of these guys are just self-medicating. They don’t want to be caught in the opioid addiction crisis that has affected a lot of former players because of the constant damage to your knees and your joints and that’s not even to mention the head trauma,” he said. 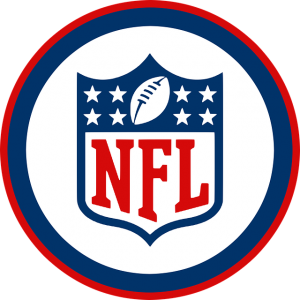 Even though most players are able to beat the yearly drug test, a handful of players still get into trouble with the league for failing a drug test. Many are already aware that they can continue to use marijuana after the test has passed and as long as they are careful to stop using marijuana on time to pass the test.

The reason why Tiki talked about Marijuana on FOX business is because he wants to the way the NFL is punishing the players who use cannabis.

The 43-year-old-former Pro Bowler aims to back young marijuana and cannabis businesses as the co-founder of Grove Group Management, a company that has already helped many small cannabis businesses. This will help them collectively overcome the evolving regulations on the cannabis and marijuana business.

One of his chief motivations is the way NFL punished players like Martavis Bryant, Josh Gordon, and Randy Gregory.

“We’ve seen the punitive nature with which the NFL attacks users of cannabis,” Barbar told FOX Business. “and I believe a lot of these guys are just self-medicating. They don’t want to be caught in the opioid addiction crisis that has affected a lot of former players because of the constant damage to your knees and your joints, and that’s not even to mentioning the head trauma.”

Currently, its not known to the 420 Times if the NFL uses a urine test or hair follicle drug testing on it’s players.