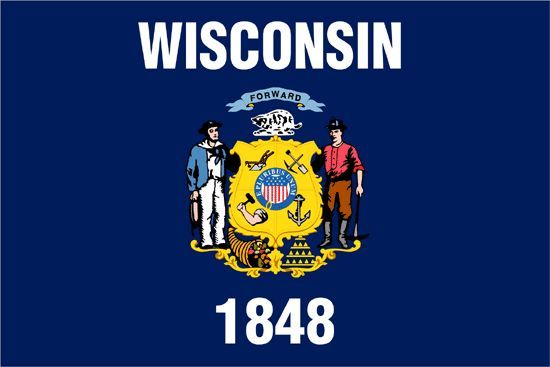 History of marijuana in Wisconsin dates back to 1908 when the state experimentally fiddled with the crop. America’s Dairyland was producing about 1,500 lbs of industrial hemp per acre by 1912. However, the national anti-weed drive eventually ceased the production in this Midwestern U.S. state.

The following passages will put light on the marijuana and hemp laws of Wisconsin.

Cannabis is a Schedule I psychoactive substance and carrying any amount will imprison you for 6-months with a $1,000 fine in Wisconsin. If intent to trafficking is established, a felon possessing up to 200 grams of weed is looking at 3.5 years in the joint with a $10,000 fine.

The Wisconsin SB 10 of 2016 legitimized the usage of marijuana-specific CBD for physician-recommended individuals. Two years later—however, the Wisconsin Department of Justice issued a memo, which banned the possession of CBD products with only limited exceptions.

Nonetheless, a few days later, The Attorney General vetoed the memo to allow local hemp farmers to procure CBD oil from the produce.

Hemp was an American necessity during the World Wars, and Wisconsin’s hemp production was second only to Kentucky. However, the production ceased once the national war on drugs took the entire country by a storm.

During modern times, the Wisconsin SB 119 of 2017 created a hemp pilot program to study the cultivation and processing of industrial hemp. The industrial hemp research pilot program of Wisconsin DATCP—Department of Agriculture, Trade and Consumer Protection mandates both growers and processors to acquire licenses as well as register themselves each year that they plan to grow and process industrial hemp. Such individuals are also required to clear background checks and pay fees to be a part of the program.

Carrying any amount of weed will imprison you for 6-months with a $1,000 fine in Wisconsin. If an intent to sell is established, a felon possessing up to 200 grams of weed is looking at 3.5 years behind bars with a $10,000 fine. However, earlier in 2019, Gov. Evers’s spoke about his bold vision to diametrically improve Wisconsin’s cannabis laws.