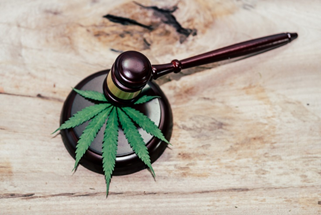 Though Washington’s recreational marijuana industry is holding steady, even amidst the pandemic, its medical marijuana industry has been lagging for some time. Unfortunately, this is pulling down all marijuana sales, threatening many dispensaries across the state. If Washington wants to preserve its access to pot, lawmakers need to recognize the following three serious issues with how the industry is managed in their state.

Taxes Are Too High

As mentioned above, Washington was among the earliest in producing regulations for legal marijuana, so the state had few examples to draw upon when drafting its legislation. Since then, other states have been able to watch Washington, Colorado and other early adopters, see what works and what doesn’t and create more effective regulations for themselves.

One of the worst mistakes Washington has made in its marijuana regulation is setting its taxes on the good herb much, much too high. In fact, Washington’s marijuana taxes soar over the rest of the nation at 37 percent on both medical and adult-use products. Studies have found that when taxes are so prohibitively high, they do not effectively reduce the black market for weed as many users look elsewhere for cheaper sources for the drug. Unfortunately, that black market not only robs the state of much-needed revenue, but it also spawns other sorts of crime across the state.

By lowering the tax rate, Washington will draw more consumers into medical and recreational dispensaries in Tacoma, Seattle, Spokane and other cities where marijuana is legal and available. Washington could lower taxes to between 10 and 25 percent to ensure a much healthier cannabis industry and a reduction in black-market marijuana.

Restrictions Are Too Tight 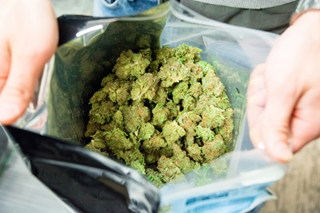 There are a few different ways Washington can fix this issue. To start, lawmakers should consider making it easier for users to buy and obtain their marijuana goods, perhaps by allowing online ordering and at-home delivery. COVID-19 is helping to push this legislation, especially for medical marijuana users who often suffer from immunocompromising conditions that make it dangerous for them to leave their homes. As more and more industries see spikes in consumer interest thanks to home delivery, the cannabis industry should be given the same opportunities for success.

The Industry Is Too White

Speaking of the same opportunities for success, a final issue surrounding Washington’s pot industry is its lack of social equity. Much of the black market for weed has long been managed by African-American and Latin-American communities, who generally struggle to find employment opportunities due to systemic racism and other injustices. Yet, when Washington legalized adult-use marijuana and made dispensary licenses available to entrepreneurs, almost all of these legal opportunities to sell weed went to wealthy whites Americans.

Other states have built social equity initiatives into their adult-use laws, to ensure that black and brown communities do not continue to suffer from marijuana legislation. Only this year did Washington produce its first initiatives to make it easier for minorities to own and operate dispensaries — but it can do so much more to lessen the burden of cannabis on these struggling communities and educate white Washingtonians about the unjust racial past of the drug.

Any state that currently offers legal medical and recreational weed could lose it through mismanagement. If dispensaries are too difficult to open and run, if consumers can obtain products elsewhere at lower expense and greater ease, the industry could collapse. Washingtonians need to take steps to keep their weed markets healthy and thriving, and that means making specific changes to regulations today.