What is Solventless Extraction?

Cannabis extract is a market that is progressing rapidly with no signs of slowing. Thanks to recent advancements in heat extraction methods, the solventless extraction of cannabis is experiencing a major boom in its traffic and is only expected to continue increasing in popularity.

Quick Answer: Solventless extraction is a method of extracting the usable aspects of cannabis plants without the use of any chemical products.

Solventless extraction has been the preferred extraction method for many cannabis users over the past decades. This is a result of namesake lack of solvents or chemicals, which many believe provides a cleaner product. There are, however, numerous methods of such extraction including kief, cold water hash, pressed hash, and most recently, rosin.

Kief is a term referring to the bulging crystal formation on the tip of a resin gland. Separating kief from the plant is done through a process known as sifting, similar to what you would to flour, done by grinding the plant through an herb grinder and letting the kief fall through a screen. Keif is most often used to enhance potency by sprinkling it onto a bowl of cannabis.

Coldwater or ice water hash is another solventless extraction method similar to that of kief. It’s performed by taking the trichome or the potent aspect of cannabis and sifting it through several screens all while ice water. The resulting product can be used to increase potency through sprinkling but can also be inhaled or used in several other ways.

Pressed hash refers to the process of taking the compressed resin of a female cannabis plant to create small dense blocks. The pressed hash can then be inhaled or consumed in edible form.

So what is rosin? Rosin is the newest method in solventless extraction. It’s a process completed by combining heat and pressure to almost instantaneously release the sap from the starting material. The name refers to it being the solid form of rosin, a substance obtained from the leaves of a cannabis plant. 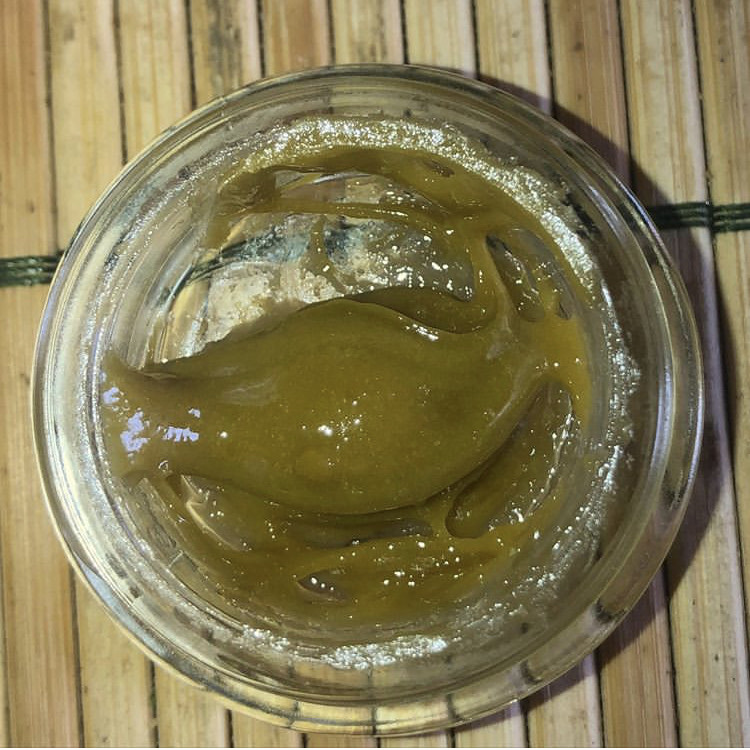 The Benefits of A Solventless Extraction

Many of those who choose solventless cannabis products believe that because of the lack of chemicals used during extraction, it is a healthier option. While there are no scientific studies to benefit this line of thinking, it can be considered a fairly reasonable conclusion.

Others who choose a solventless extraction method for their cannabis products do so under the belief that by not being introduced to any chemical extracts, the product more closely resembles its natural state. In being so, the product is also believed to be more potent and effective in its use.

Another, perhaps more important benefit of a solventless extraction method, is that it can be carried out at home with no risk of causing serious damage. When performing solventless extraction, you aren’t being exposed to any potentially flammable or explosive chemicals. Thus, you effectively eliminate the risk of a fire or explosion breaking out in the process. 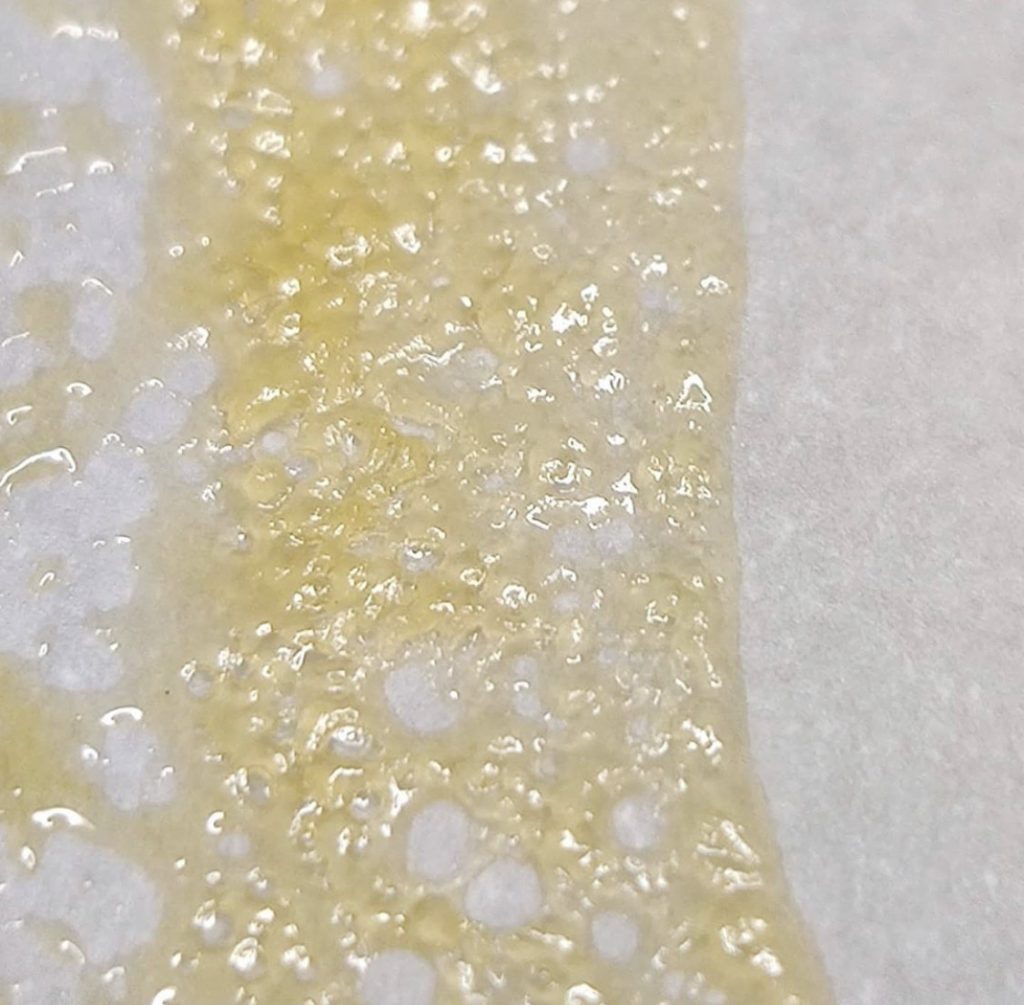 Why is rosin such a big deal?

Since its discovery, rosin has been headline-worthy news in the cannabis market. It’s a new solventless extraction method performed by heating or applying pressure to a starting cannabis material.

In the case of rosin, the starting materials are premium rosin press bags. These bags contain all you need to effectively get started producing your rosin! By taking the bags and placing them into a press which provides a combination of heat and pressure until the sap-like product begins to seep through the mesh bags, you are left with a product that can contain up to 85% potency!

The entire reason rosin is such an important discovery, however, isn’t simply because of the product itself, but rather because of the number of incredible doors, it’s opening for new products

New products in the market

Rosin, being the game-changer that it is, has introduced several new and intriguing products to the market. This includes products such as solventless shatter, budder, and even freeze-dried hash products.

Solventless shatter is one of the new products that rosin has managed to introduce to the market. Solventless shatter is a solid form of rosin that maintains a stable structure similar to that of glass. It, like rosin, is produced with only the use of heat and pressure. Previously to rosin, however, a product such as this one was only possible with the use of a chemical solvent.

Budder, or more comedically referred to as “cake batter”, is just another product that rosin has managed to introduce to the cannabis market. It’s produced by applying light heat and agitation to rosin. The resulting product has a texture resembling that of cake batter! The product is often used when dabbing and can be easily accomplished at home.

The Process of Solvent Extraction

Both butane and propane fall under a chemical category known as hydrocarbons, which are simply chemicals consisting of different combinations of the elements Hydrogen and Carbon. Hydrocarbons are most often used in this process because they produce a high-quality product at a fast rate.

The process works by introducing a hydrocarbon, the plant material to draw out nonpolar compounds, or compounds that have no electric charge to them. The solution is filtered, leaving behind the more polar compounds which are then added to ethanol. When the ethanol evaporates, it leaves behind oil that is essentially what you would purchase in a store.

There are two main drawbacks to solvent extraction. The first is the danger the process possesses. By using chemicals such as propane and butane, the risk for fires and explosions increases greatly. There also is potential for some of the chemicals used in the process to leave behind residuals.

For many people who are just being introduced to the field of cannabis and its products, the choice between solvent and solventless extraction is a tough decision to make. It’s important to take a close look at BHO vs rosin before deciding which is right for you.

Another important consideration is whether or not you are producing these products yourself. Because of the chemicals such as propane and butane used in the BHO process, there is always the risk for a potential fire or small explosion as both of these chemicals are highly flammable and explosive.

If you are planning on producing these products yourself, rosin also has a significantly lower cost for equipment required for production. To produce BHO products, you are required to have a significant amount of sophisticated equipment. Producing rosin, however, is much cheaper, as the only equipment you need is a fairly affordable rosin press and a rosin bag.

Potency is incredibly important when deciding which process to choose when producing a product. Many experienced producers and users claim that rosin produces a much more potent product, reaching a potency of 85% to 90. While BHO does have the potential to reach this of potency, it often depends on how successful the process is.

Cannabis is an ever growing and advancing industry. New methods of production continue to create product advancements and continue to all for more options to be available for the average user. The rise of rosin has shown just how much opportunity there is in the growing market of solvent extraction. If products like rosin continue to be created, it’s only a matter of time before solventless extraction becomes the preferred method of production for most cannabis users.