To Live and Work in Weed

It was at a gas station in Columbus, Texas in the mid-90s that I witnessed a sort of divine intervention.

I was 16 and driving from Austin to Houston with three friends to go to Astroworld when we stopped for gas. We were short on money, with nothing to smoke and an entire day of roller coasters and amusement park food ahead of us.

At the register inside the service station, a young woman stood at the counter buying no less than a dozen packs of Swisher Sweet Perfectos, stacked in a mound next to the register. Moments later we made eye contact from across the parking lot, I put my pointer finger to my thumb to my mouth, and she motioned to follow her. We drove to an apartment complex in town, where she leaned in my window and said “3 Swishers for $10” – I gave her a 10 and a minute later she was back with three blunts.

We drove that last hour into the city ecstatic and blown away by our good fortune, and a couple hours later I rode a roller-coaster for the first time (XLR-8, followed by the Viper and Greezed Lightnin’).

If I look back on the past 25+ years since that first time behind the Dart Bowl my freshman year at McCallum High, I can think of a series of weird, random instances of good luck or dumb marijuana coincidence. There was my guardian angel in Columbus, but also the skinhead/weed dealer who appeared out of thin, bald air in the courtyard of a housing complex in Split, Croatia, or the guy from Canadian, Texas – of all places – who I met at a bar in Seville, Spain, and who ducked off for a minute between beers and returned with a nug in a baggie that he sold me for 5 euros.

All of these stories share certain qualities – young guys in a dry spot, stumbling – happily and accidentally – into unexpected weed and a tale to remember. They were hallmarks of a not that distant past in the States, when weed was quite illegal and half the battle was just finding a way to get it.

But what about now, years later, when cannabis reform is sweeping the globe and it’s becoming more mainstream by the day? And what happens when the thing that was often getting you in trouble, becomes the thing you actually do (legally) for a living?

According to the sages of LinkedIn, people should “dress for the job you want, not the job you have.” If that’s the case then I’ve been dressing for “cannabis writer” pretty much since I was 14, though only a little over a year ago did that wardrobe decision pay off, when I was hired as a full-time writer for The Cannigma.

Beyond that though, it’s the mental bandwidth I devoted to pursuing weed over the years, decades before I knew that wasting all that time could someday be seen as on-the-job-training.

Since I was a freshman in high school, marijuana is one of the few subcultures that I could say I was part of. (I’m 41 now, even if cannabis is still a subculture, no subculture should have me as a member and if they do I don’t want in) It was a feature of daily life in most of the circles I ran in, a common ground that could always be found between the random people who drifted through my life, and something that could always be counted on to fill in the boredom for a minute.

But a job? The closest I ever came before The Cannigma was as a pizza delivery driver in college in Austin, which was basically a cannabis industry job before the legal industry existed.

During a couple years I spent working in the Israeli hi-tech world, there was a recurring consideration when looking at job listings. What does this company do, and do you believe in their product? Or, can you even understand what their product does?

With cannabis this was never a question. I am intimately familiar with the product and I can definitely explain what it does. But beyond that, explaining what it does – and how it does it – is an integral part of my job as a cannabis writer and one that actually interests me on a personal level. It is also one that despite how much I thought I knew, still manages to surprise and educate me on a daily basis.

In hi-tech there is also this depiction of people as being “evangelists” of a product or a concept in technology. When it comes to the current product – marijuana – I can definitely make the case for it, and speak of it in an objective, well-researched, and honest manner that I can feel good about. So can I be an evangelist for cannabis? Maybe a methodist for cannabis is more accurate, but yes, it’s an easy product to get behind.

Because what can you say about the product? It’s incredibly versatile – it can be an actual form of medicine to treat the symptoms of a wide variety of conditions, and it’s also just something that makes people feel good. It can potentially help disadvantaged communities and struggling farmers find a way to a better future, and can simply make it a lot more fun to take a walk at night in the rain. I also know that it helped countless people around the world during the pandemic – including myself. It was one of the things that helped me laugh away what our world had become, and allow me to push the fear and uncertainty aside, even if just for a little while.

The cannabis industry is a fun, fascinating, and surprising place that mixes the uncertainties of a bubble economy and the feeling that you are part of something positive that is rapidly developing into a future that we can’t quite imagine yet. It doesn’t have the same cynicism that was so prevalent when I was in journalism, and on LinkedIn and countless industry webinars there seems to be this constant, prevalent sentiment of “I can’t believe I actually get to do this for a living!”

But with all of the positivity there is much that is troubling about the cannabis business. In the United States, and Israel and elsewhere, in the era of normalization and legal weed money, we see the influx of a ton of big name players who include former cops, security officials, politicians, and John Boehner. Many of them are literally the exact same guys who hounded the people who built this industry long before it became legal, and after other people put in the work or had their lives ruined in the US criminal justice system, these other guys are set to cash in big time.

There is the way that for decades it was black and brown communities that disproportionately paid the price of prohibition, and are disportionately not the ones set to benefit from the legal cannabis windfall. There is a troubling lack of social equity in cannabis, and a feeling that like just about every other industry, it will consolidate around a small assortment of juggernauts who have the capital and the means at their disposal to crush small-time and independent producers and entrepreneurs.

There is also the effect that the cannabis industry may have on the environment and global warming.

But with all of that, working in cannabis often brings to mind the realization that all those years of people getting locked up or put on probation, of parents having to break the law to get treatment for their kids, of patients having no access to medication, and of people having to break the law and get a low level cardiac incident because a cop pulled up behind them at a light, might be starting to fade into the mist. 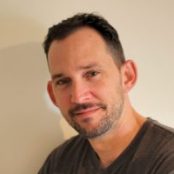 Author: Ben Hartman
Ben Hartman is a journalist with expertise in all things cannabis, organized crime families, refugees, and everything in between. Originally from Austin, he has reported across the Middle East and is the senior cannabis correspondent at The Cannigma.