How Medical Marijuana Helping The Patients With Parkinson 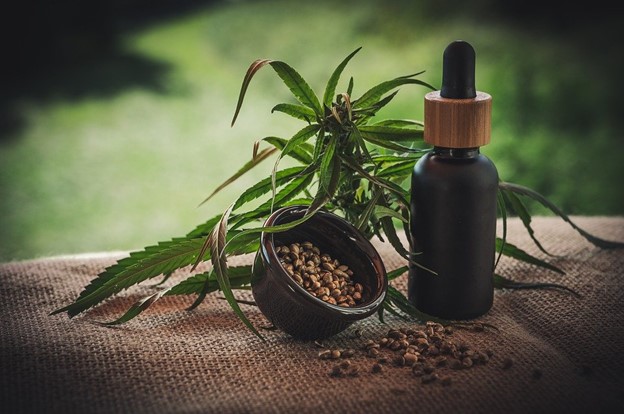 Our brain is one of the essential organs of our body, and its function determines our overall health and wellbeing. We know that the brain is a complex organ filled with millions of neurons and neural activity. The synapses and firing of neurons keep our body receptive to the new information and helps our body adapt to the quick responses and changes happening in our surroundings. For instance, if we come across a hot object like iron or fire, our first response is to retreat our hands from the heat. It is how quickly our neurons send messages to the brain and process information.

What is Parkinson’s disease?

Parkinson’s disease is a progressive nervous system disorder affecting the movement of an individual. The symptoms start with a barely noticeable tremor in one hand. As the disease progresses, the tremors increase, affecting individuals’ normal movement and hindering their daily routines. The treatments for Parkinson’s have long been in research. Still, they haven’t found a permanent cure except for certain medications to improve the complexity of symptoms to some extent. However, the legalization of cannabis in the United States has shown remarkable progress in treating disease.

Researchers claim that our body has an endocannabinoid system of receptors that binds to cannabinoids. These receptors are responsible for controlling muscular movements and confer anti-epileptic, antipsychotic, and neuroprotective properties.

This article will focus on highlighting the role of CBD in treating Parkinson’s disease.

How would you feel to find out that your once aligned body movements are now causing troubles and it has slowed down our productivity? Anyone who normally functions will find adjusting to a change as significant as slowed movements or constant tremors. Such sudden changes resulting from PD often leave these patients depressed, knowing that there is no possible cure for this. Depression is one of the common comorbid conditions in patients with Parkinson’s disease. The prevalence of depression among Parkinson’s disease patients is up to 50%, and it is primarily undiagnosed and untreated. The loss of endocannabinoid receptors in the body can lead to low mood and depression. According to research, marijuana users who use it weekly have a better mood, making it an excellent therapy choice for Parkinson’s disease-related symptoms and depression.

One of the common symptoms of Parkinson’s disease, along with slowed movements, is dyskinesia. Dyskinesia involves involuntary, erratic, and writhing movements of the face, arms, legs, or trunk. They often appear as fluid or dance-like movements, resulting in frequent jerking or slowed muscular spasms in the body. Studies conducted to record the effect of CBD on dyskinesia revealed an improvement of 30% in patients with Parkinson’s disease. In addition, medicinal marijuana users have reduced tremors and erratic movements compared to non-users. It has also shown a calming effect on tremors after its continued use for some time. Dyskinesia in Parkinson’s disease patients is caused by levodopa, a medication used as a dopamine precursor for treating the illness’s symptoms.

Since Parkinson’s disease causes degeneration of neurons responsible for controlled movement and coordination, it also affects eyes and hands. Medicinal marijuana has two significant components THC and CBD. Both have medicinal and recreational uses, but CBD is most preferred as it is a non-psychoactive component compared to THC. However, studies on PD animal models have reported that THC can improve hand-eye coordination in these patients. Patients with PD also deal with non-motor symptoms like sleep disturbances and pain. Patients with PD have high sleep disorders, often ranging from severe insomnia to rapid eye movements. The study estimates that 96.5% of PD patients deal with sleep disorders. In addition, 62.5% of Parkinson’s disease patients experience obstructive sleep apnea, and 28.4% have restless leg syndrome. Therefore, using marijuana improves their hand and eye coordination. In addition, it improves rapid eye movement during REM sleep leading to fewer disturbances in the sleep cycles.

When our muscles do not get enough oxygen, it shifts to a non-oxygenated method leading to lactic acid accumulation, which causes muscular pain and cramps.  Patients with Parkinson’s disease suffer from uncontrolled and constant body movements, leaving the muscles sore and strained. The movement is often abrupt and continuous. A study that records PD symptoms reported that 43.9% of PD patients complained of pain, and 41.4% had muscular cramps. When shifted to marijuana, these patients had a drastic improvement in pain and cramps. Most of them reported having found relief. Pain is one frequent complaint of Parkinson’s disease patients reported in 85% of the diagnosed cases.

Although marijuana has proven beneficial for treating many different diseases, including cancer, the research is still in process. Researchers have noticed a significant improvement in PD symptoms. Still, they have also reported specific side effects or cons of using marijuana. For example, one of the adverse effects of constant use of CBD is a temporary cognitive impairment that improves with the cessation of drugs. Another commonly noted side effect of marijuana is weight gain. It increases the caloric intake of individuals. Therefore, it is vital to consult your doctor for the appropriate dosage and discontinuation of medicine to prevent the side effects in Parkinson’s disease patients.

Plenty of studies have found medicinal marijuana to attenuate motor and non-motor symptoms of Parkinson’s disease. Still, there is a particular limitation to recent researches conducted in this field. Cannabis products or medicinal marijuana may alleviate the neurologic manifestation of Parkinson’s disease. However, certain aspects still require extensive research to make their use more authentic. Although continuing monitored doses of CBD combined with pharmacotherapy is effective.